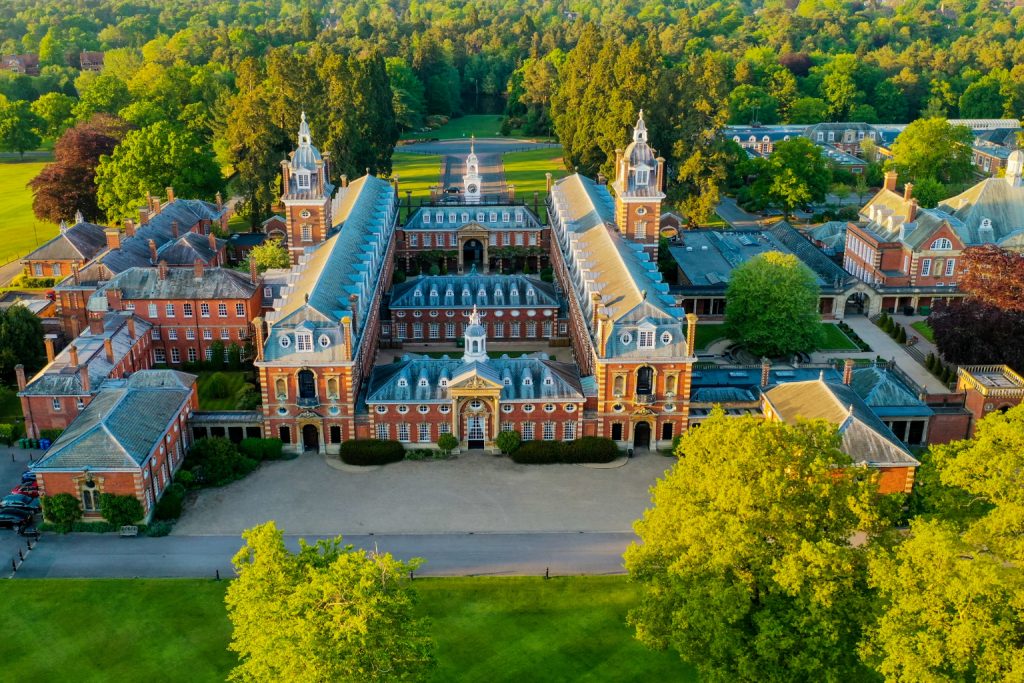 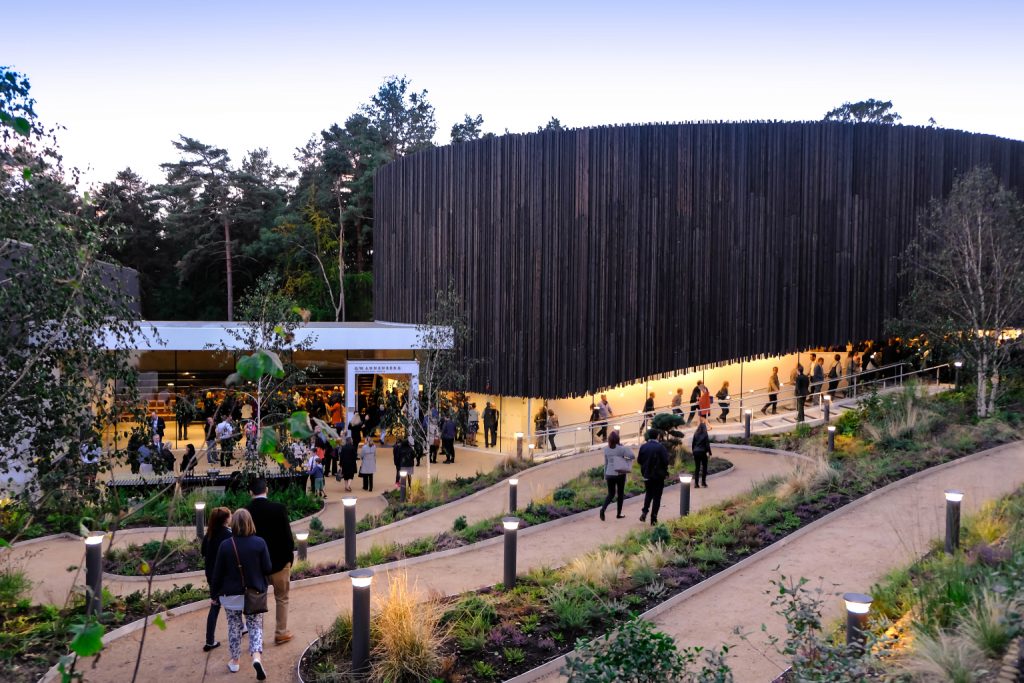 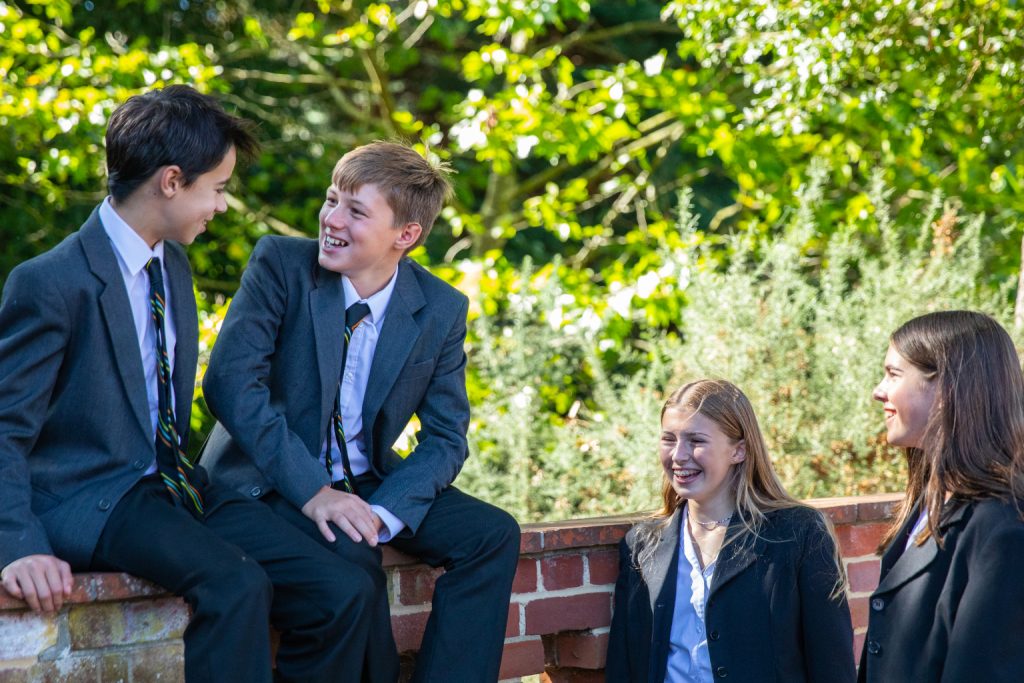 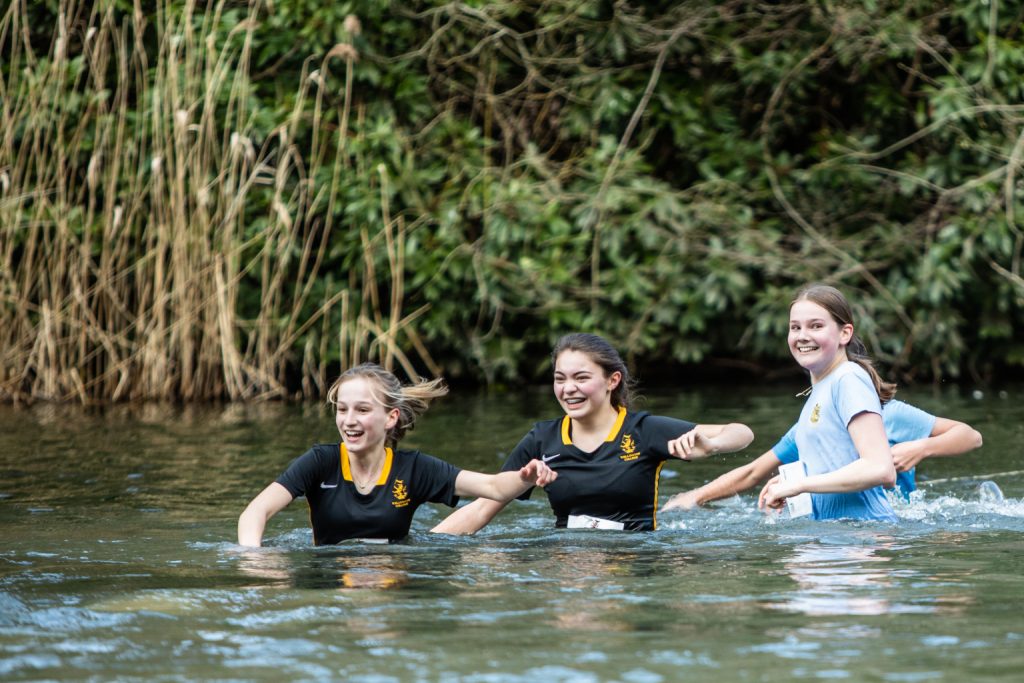 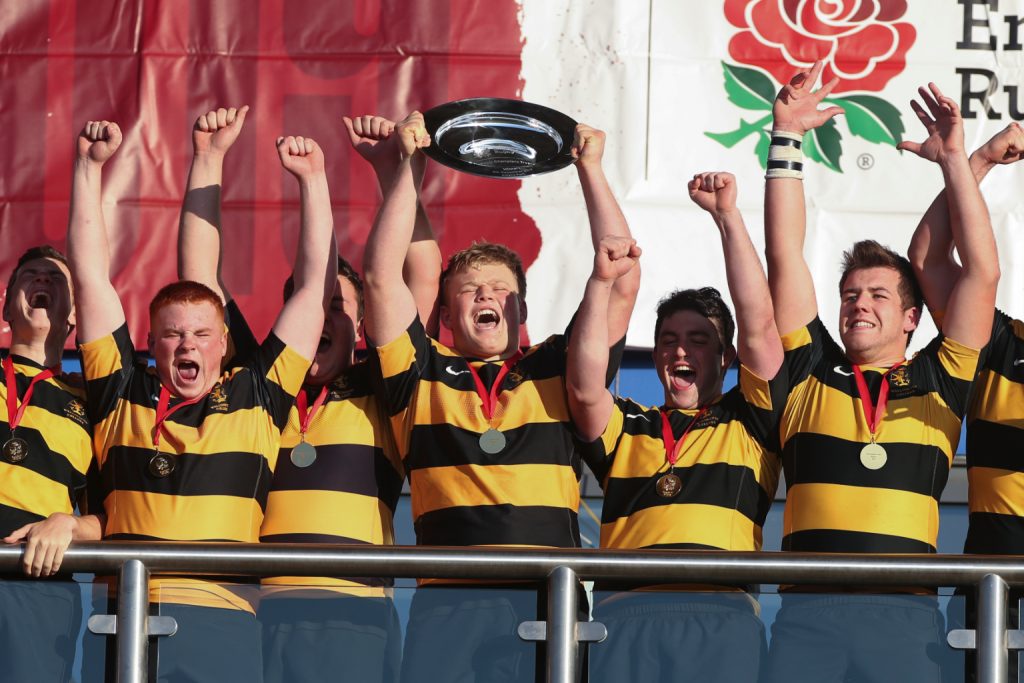 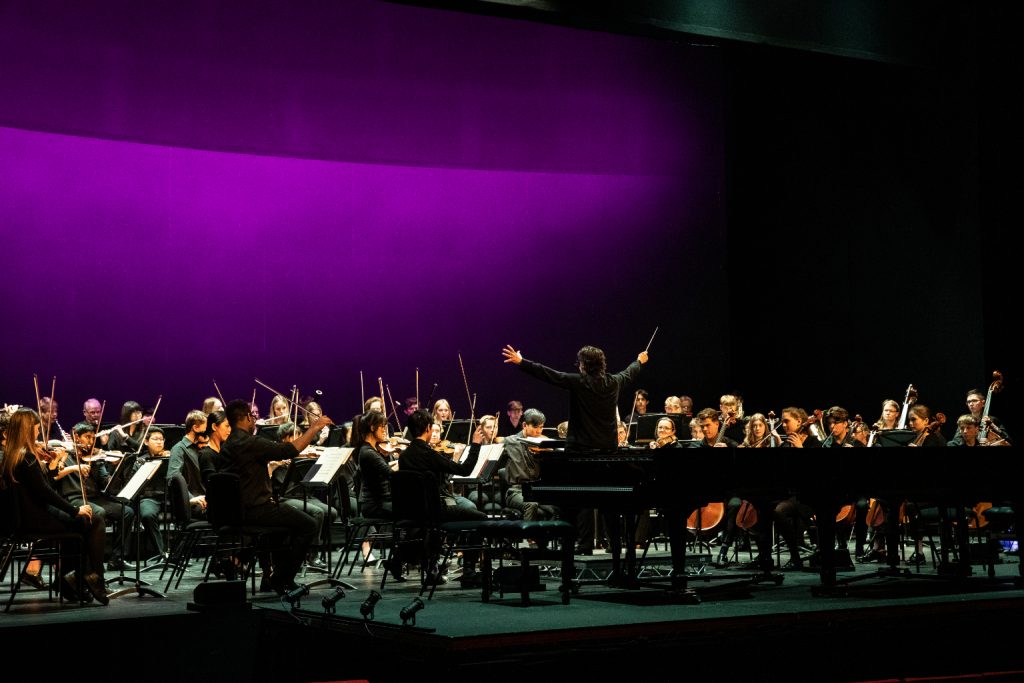 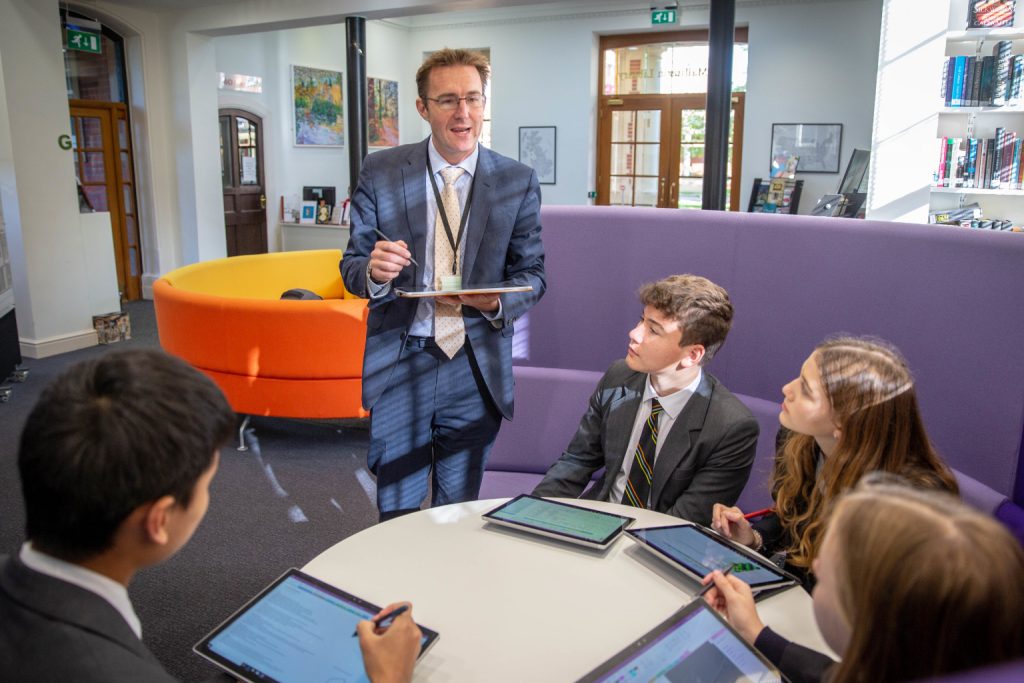 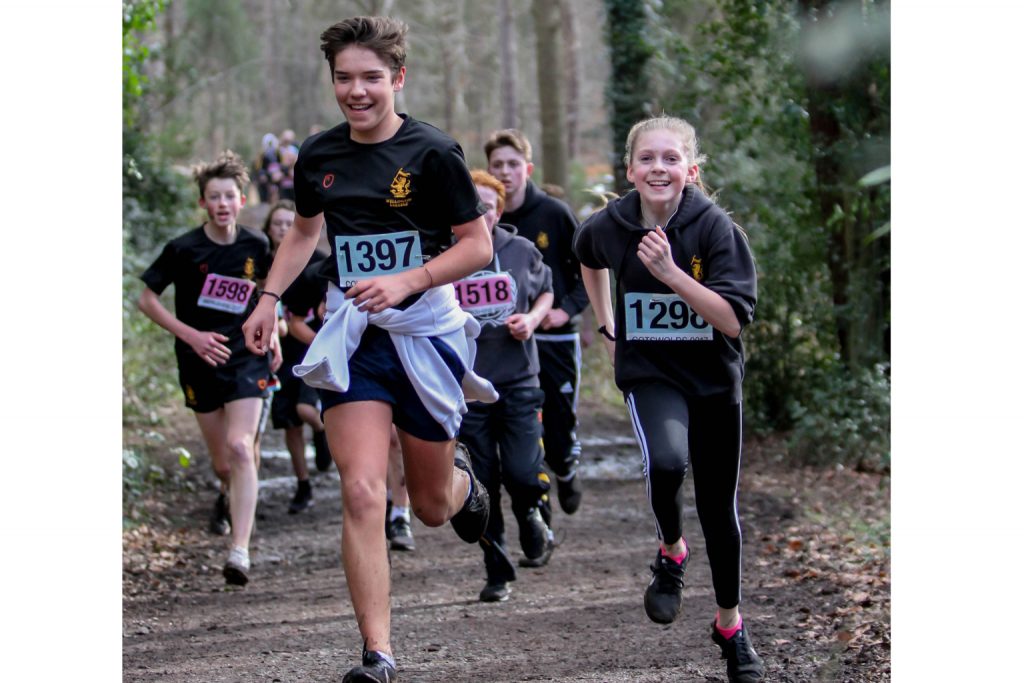 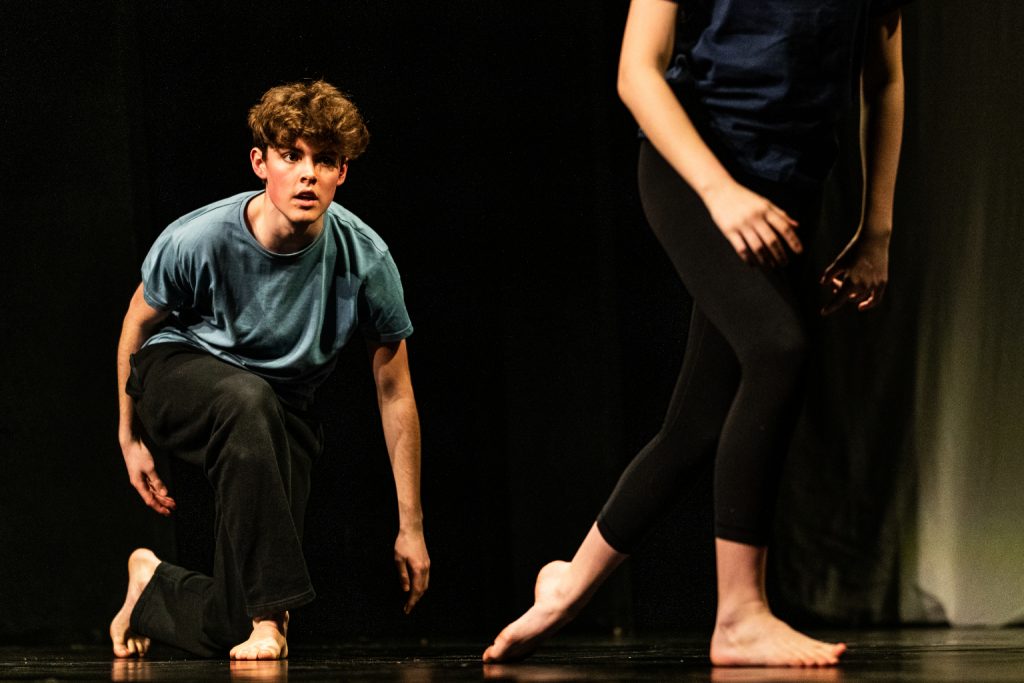 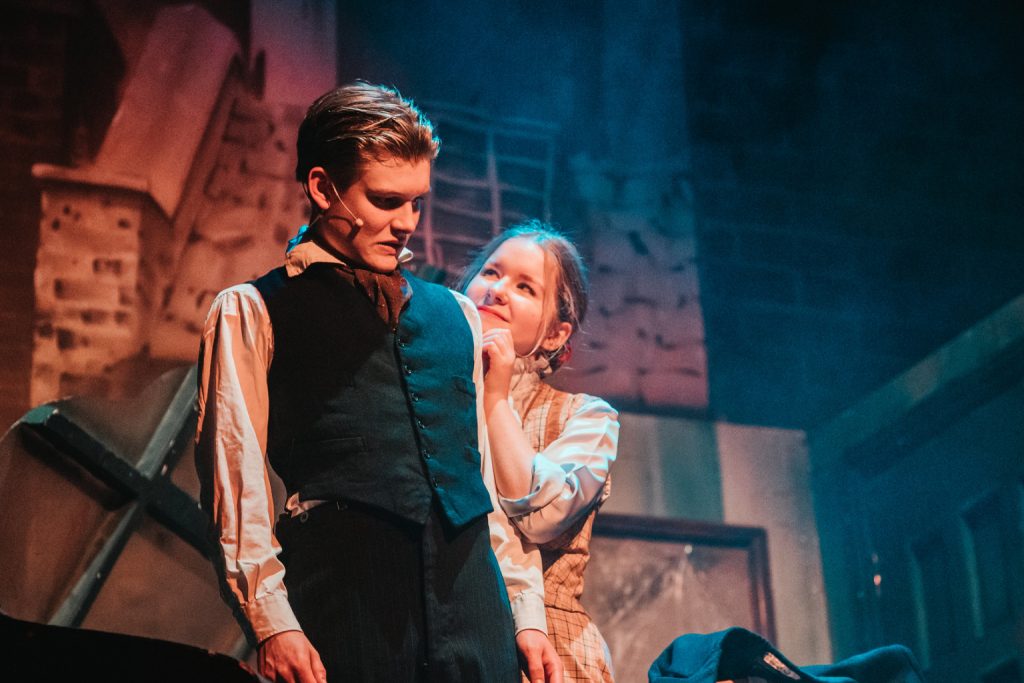 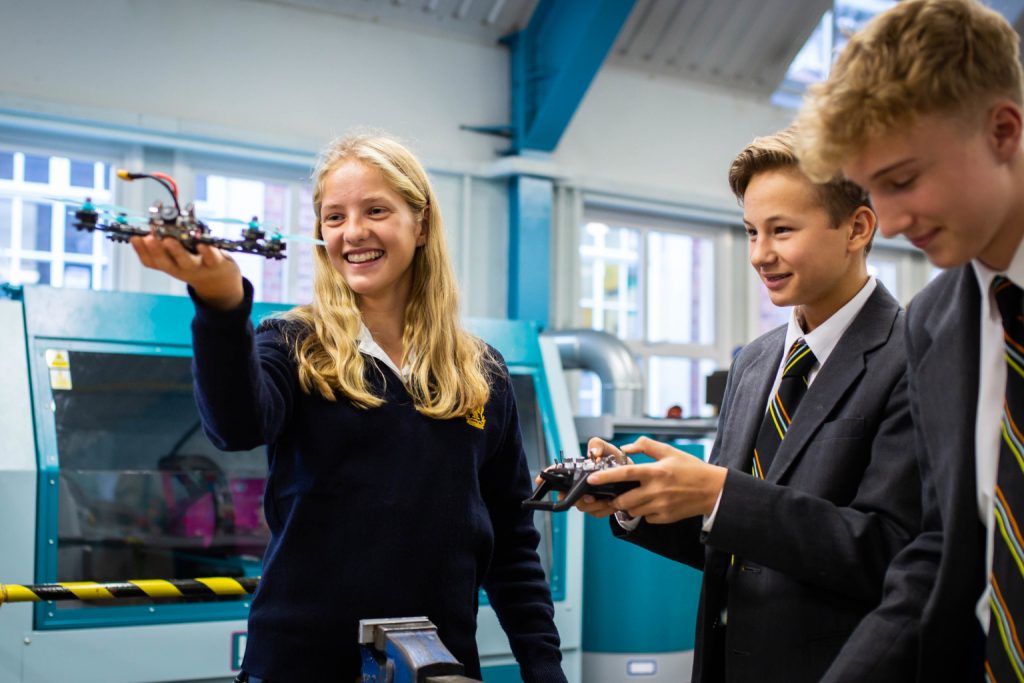 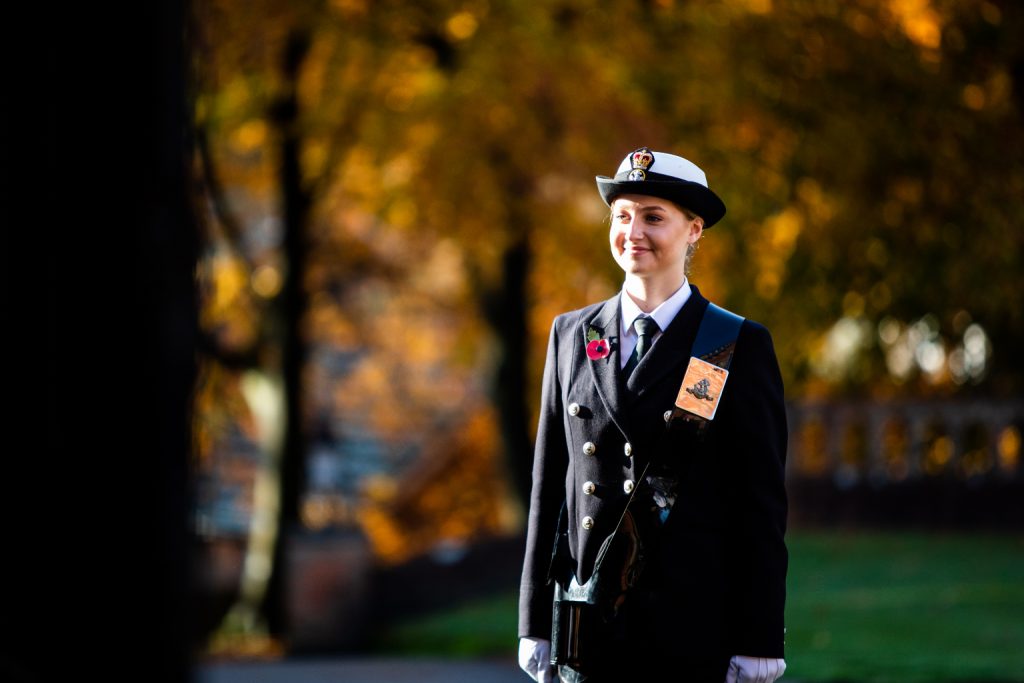 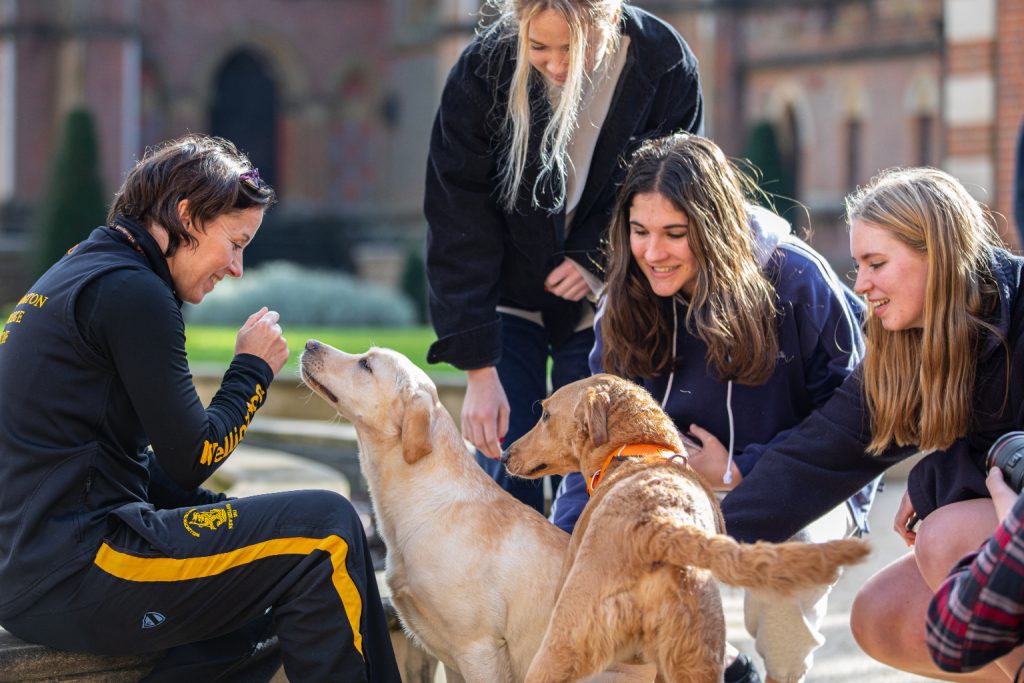 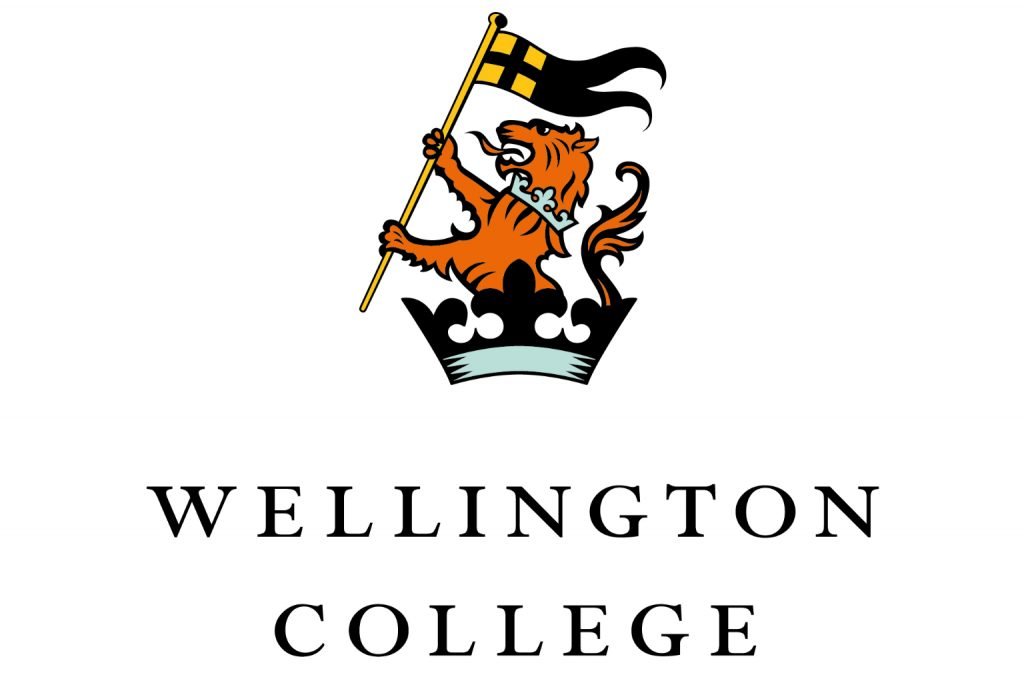 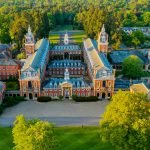 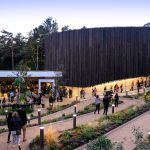 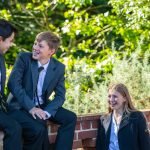 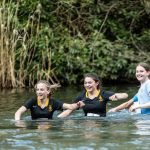 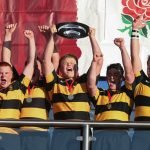 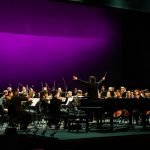 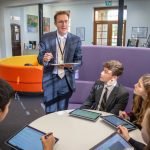 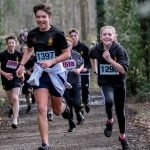 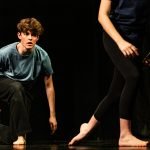 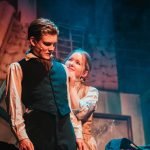 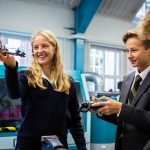 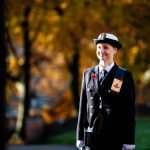 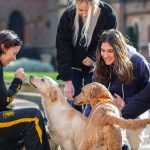 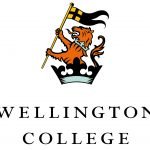 Wellington College is one of the UK’s — and indeed the world’s — great coeducational boarding and day schools. We seek to provide young people with the knowledge, skills and character to serve and help shape a better world. Our innovative and interesting use of technology in the classroom combined with the emphasis on pupil-centred learning ensures that Wellington is at the forefront of educational advance.

A wonderful fusion of heritage and modernity characterises our educational philosophy. Our curriculum, facilities, and teaching methods are constantly adapting to the challenges of preparing young people for the ever-changing world of the 21st century. Wellington College is a school which is dynamic in every sense of the word, and yet all that we do is rooted firmly in our five College values — Kindness, Respect, Courage, Integrity and Responsibility — values which underpin every aspect of life at Wellington.

The College is celebrated not only for its academic achievements but also for its sporting, artistic and dramatic provision which are second to none. Stellar examination results, outstanding provision across all co-curricular areas, and a raft of national accolades contribute to the College’s national and international reputation.

When Arthur Wellesley, the first Duke of Wellington died in 1852, he was mourned as a national hero and, the following year, Wellington College was founded as his living memorial. Its purpose was to provide a free or almost free education to the sons of Army officers who had died while serving, although other students were also admitted from the beginning. Girls were first admitted to the Sixth Form in 1975, and the school became fully coeducational in 2006.

Wellington prides itself on the outstanding levels of pastoral support we offer our pupils. By providing an environment where each pupil is able to flourish and thrive in every aspect of their school life, we allow them the freedom to become their very best selves.

House life lies at the heart of each pupil’s experience, and it comes as no surprise that every Wellingtonian is convinced that their House is the best. Housemasters and Housemistresses, dedicated tutor teams, matrons and housekeepers all ensure that the House truly is a home away from home.

Pupil and staff-led mental health initiatives, alongside our nationally recognised Wellbeing curriculum (we were the first school to introduce happiness lessons), focus on embedding growth mindsets and building grit and resilience: the positive coping strategies that our pupils learn not only allow them to make the most of all the opportunities available to them at Wellington, but also help them successfully navigate their teenage years and prepare them for healthy, happy and successful lives after school.

“Great for pastoral care” The Week Independent Schools Guide, Best of the Best

Wellingtonians study GCSEs, followed by the IB Diploma or A Levels and, whichever route they take, results are superb: in 2021, at A Level, 25 students achieved straight A*s; 45% of all grades awarded were A*, 80% were A*/A and 96% were A*-B.  The IB cohort achieved an incredible 41.2 average, with thirteen students achieving the maximum 45 points; 73% scored more than 40 points and 87% secured 38+. At GCSE, 78% of all grades awarded were 9/8, 94% 9-7 and 99% 9-6. 100 Wellingtonians have been offered Oxbridge places over the past five years, while on average 25-30 move on each year to American universities, including several to Ivy League universities.

The College has an outstanding reputation for girls’ and boys’ sport with nearly 30 different activities offered with the emphasis equally placed on both performance and participation. Despite the inevitable difficulties caused by the pandemic, 2020/21 was a year which saw the College community come together with an imaginative mixture of online activities during lockdown periods, and a range of internal fixtures and competitions when physically back at school, including the launch of ‘The Wellington Premier League’, an inclusive multi-sport rugby, football and hockey league hotly contested by all age groups in the school.

The year still saw many individuals gain national or international honours across 14 different sports, with several going on to take up professional contracts, scholarships at US universities, and places on UK-based performance squads, particularly in target shooting, rugby and hockey. We now hope that 2021/22 will allow for a full return to both team and individual competitions and that Wellington will continue to add to its reputation as one of the UK’s strongest schools on the sporting front.

Performing Arts are equally strong. Music and drama are stunning, with nearly two-thirds of pupils taking instrumental or LAMDA lessons. During the recent pandemic, the Arts have been as active as ever releasing content on our YouTube channel and performing concerts and competitions to audiences via live stream. Prior to the pandemic our choir went on tour to Germany and other activities included the recording of carols by the Chapel Choir, an orchestral recording, the annual musical, contemporary Shakespeare productions and imaginative and inclusive junior plays. Dance enjoys a purpose-designed studio, and two spectacular shows each year play to packed houses. Wellington’s impressive 900-seat Performing Arts Centre opened in 2018. It is no surprise that Wellington has been awarded Artsmark Gold.

Leadership, service to others and developing an international outlook are also central to the College’s core values which is why co-curricular activities include CCF, Duke of Edinburgh’s Award, and a pioneering Global Social Leaders scheme, in which pupils learn to create and run innovative social action projects, tackling local and global issues.

Clubs and societies range from Amnesty International to the fully co-ed Field Gun team, from WTV (Wellington’s own television company) and its pupil-run radio station, DukeBox to a full range of more traditional pastimes such as Photography, Creative Writing and Model United Nations.

Admission to the school

Most pupils enter the school in September (at the start of Year 9) when they are between 13 and 14 years of age. There are occasionally places available for pupils at 14+ (Year 10). Around 50 pupils also join the College for the Sixth Form (applications open at the end of Year 10). Registration (with £300 fee) is online. Those registered for 13+ entry (by the end of Year 5) sit the ISEB Common Pre-Test in the Michaelmas term of Year 6. Selection for a subsequent assessment day (usually in the Lent term of Year 6) is based in small part on the results of the Pre-Test and in much larger part on a school reference. Those who are successful are then offered a place conditional on a satisfactory reference from their current school at the end of Year 8. A waiting list also operates. Where appropriate, an overseas deposit is also payable.

Detailed information about the scholarships available on entry at age 13+ or 16+ can be found on our website. Scholarships at 13+ are only awarded in Academics and Music. The most prestigious, named Academic scholarships and scholarships in other disciplines (Art, Drama, Dance and Sport) are awarded at the end of Year 9 to reward not only ability but also scholarly attitude. Students are invited to participate in Inspire Days in their areas of particular interest during Year 8.

For entry at 16+, scholarships are awarded in all of the above areas as part of the full application process.

As well as it being a great honour and accolade, pupils awarded scholarships upon entry to the College, and those awarded at the end of Year 9, are expected to be leaders and role models within their field of interest. They will also take part in a programme of extension activities and opportunities appropriate to their particular area of talent. Music scholars, for example, attend regular masterclasses with visiting professionals and Academic award holders partake in an extension programme of study designed by our Head of Scholarship.

Scholarships do not carry any financial benefit. The only exception to this is Music Scholarships which allow for free tuition in two instruments and free composition and Alexander Technique lessons.

Widening access to Wellington is at the heart of the Governors’ and Master’s vision for the future of the College. All financial aid in terms of fee reduction is therefore awarded via a means-testing procedure (details on our website and from the Bursar’s Office). Our aim is to enable an increasing number of families, who otherwise would not be able to afford the fees at Wellington, to send their son or daughter to the College. Means-tested fee-assisted places may be up to 100% of College fees, depending on individual family circumstances.

For children with exceptional talents whose families would not be able to afford the full Wellington fees, we offer awards ranging from 10% to 100% of fees. Eligibility for an award is generally assessed – via means testing – at the time of an offer being made so that a family can accept the offer knowing that the required level of fee assistance is available. An average year might see 20 pupils be admitted (at 13+ and 16+ entry only) with an average of award of c. 50% remission. Any family wishing to make an application for fee assistance will be invited to apply as part of the broader admissions process. Fee-assisted places are not always linked to scholarships, but some are named, such as the Jimmy Higham Award (supporting a talented sportsman or sportswoman) and the Sir Anthony Seldon Arts Award (for talented performers, musicians and artists).

The Prince Albert Foundation is a programme aimed at widening opportunities to families who would not normally consider or be able to access independent education, and for whom we can offer a genuine shift in opportunity. Currently we offer around 15 fully funded Prince Albert scholarships a year and we are aiming to increase this significantly in the coming years. Children who are eligible for Prince Albert scholarships are those who will be on national average income or below and/or have some other qualifying need for boarding. Candidates must meet our minimum criteria for entrance, and we will assess potential as well as current achievement. The Prince Albert Foundation is not a programme designed to recruit pupils with specific talents. It is very unlikely that a pupil who already attends an outstanding or selective school or one already in the independent school system would be eligible.

Very generous remission, including free places based on means-testing, are available for the sons and daughters of deceased military servicemen and servicewomen and of others who have died in acts of selfless bravery, subject to entry requirement and according to the rules of the Foundation. Further details are available from the Bursar’s Office.

Nestled in a stunning 400-acre parkland campus, Wellington is situated in Crowthorne about 35 miles to the south west of London and can be reached by road from either the M3 or M4 motorway. Crowthorne railway station enjoys direct rail links to Reading and Guildford, and the closest airports are Heathrow (around 30 minutes’ drive) and Gatwick (just over an hour).

“Hard to imagine it done better. A site and campus to dream about. A school with mind, heart, guts and a constant fizz.” The Good Schools Guide

“Forward-thinking and modern… a leader in the world of education.” Tatler Schools Guide

Sign up to receive updates and to hear what’s new at UKschools.com